New Horizons – Putting a Man on the Moon 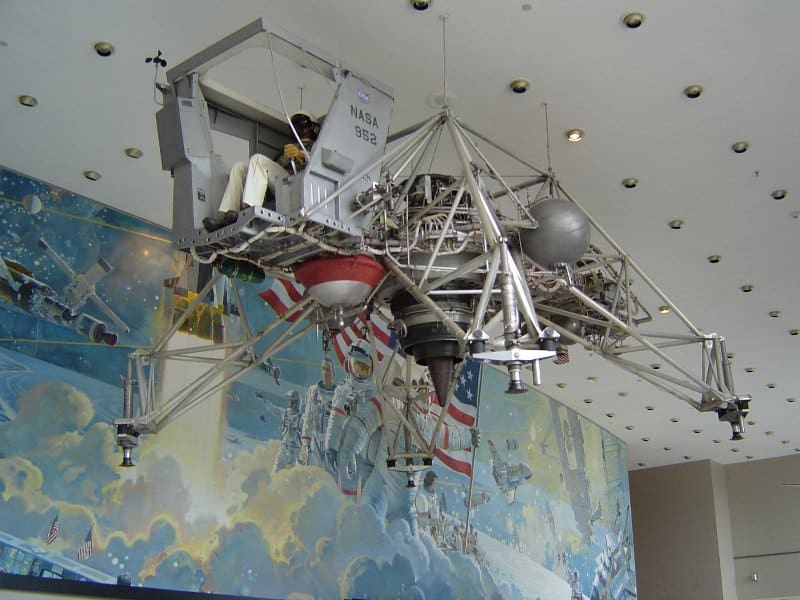 Photo Caption: The LLTV vehicle that Alan Kronenwetter worked on is displayed in the lobby of Building 2 at the NASA Johnson Space Center in Houston

In the early 1960s, NASA’s Apollo program dedicated itself to putting Americans safely on the moon. The systems, materials and techniques necessary to do this were nearly all brand new, and required extensive testing and research before they were sent into space. It took more than 400,000 engineers, scientists and technicians to accomplish the moon landings – reflecting the vast number of systems and subsystems needed to send men there. The astronauts were new to this as well, pioneers headed to a new world.

July 20, 2019 marked the 50th anniversary of the first humans landing on the moon as part of NASA’s Apollo 11 lunar mission. Alan Kronenwetter, one of Senior Friendship Centers’ newest members, helped to make it happen.

Alan worked for Bell Aerosystems Corporation from 1967-1969. An electrical engineer, he was a member of the team that developed the control system for the Lunar Landing Training Vehicle (LLTV), which was used to practice the moon landing maneuver. The LLTV provided the astronauts a means to become familiar with the 1/6th gravity conditions during the final landing descent to the moon’s surface.

At 10:56 p.m. on July 20, 1969, Neil Armstrong made history by becoming the first man to walk on the moon. He and Buzz Aldrin spent more than two hours walking on its surface, where the temperature was 200 degrees.

Alan watched with trepidation from his home in Cleveland, Ohio, and then pride, knowing that the work of so many had gone into this monumental moment.

Learn More About Apollo 11
Alan Kronenwetter, who worked on the LLTV vehicle during the Apollo space missions, will be giving a talk about Apollo 11 on September 10 from 3-3:45 p.m. in the Library at Senior Friendship Centers in Sarasota. He will discuss the complications and science behind the Apollo 11 mission.